We are mainly Swedish player, but we have no problem with English.
If u wana join us on Ghallanda Server, contact Surgubben or Ballot in game.
Or applay on this site.
Apply 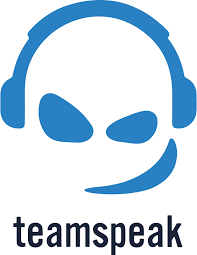 There are no upcoming raids

Surg / Mar 20, 2020
Here at Standing Stone Games our goal is to bring joy to everyone through our games and we feel that is more important than ever. We are making all our adventures and stories open to everyone through April 30.
In addition we will be running extra events for the games.

For Dungeons and Dragons Online:

All dungeons and raids, including those in expansion packs, are open to everyone through April 30.

The Buddy Bonus 5% XP will be active from March 20 through March 29. This will be in addition to the weekend events.

Mimic event will be active starting March 26 through April 6.

The anniversary event will be active starting March 26 through April 30.
0 Comments 0 Likes
Share

Surg / Mar 20, 2020
Get more XP with your friends! Now through March 29th, get +5% XP for every member in your party or raid group other than yourself.

Surg / Mar 06, 2020
DDO Bonus Days bring you Double Mysterious Remnants through March 8th! Get twice the chance for Remnants to appear through Sunday.

Advance Your Alt! Get 25% off:
Tomes of Learning

Update 45 Releas Note...
0 Comments 0 Likes
Share
Load More
05:50
CEST
Surg: Merry Christmas :)
Surg: DDO Bonus Days bring you a Strength in Numbers Weekend! Get +5% XP per party member other than yourself in both Party and Raid groups, now through September 29th!
Paxin: Thank you kindly Sir!
Surg: Hi and Welcome
You do not have permission to shout
Fetching twitter status...
« October 2022 »
Upcoming Events